You will never cross the street the same way again! Dance, neck-breaking everyday stunts, Don Gnu poetry and affectionate humour shed new light on the boring everyday routines and our way of being together as humans.

You will never cross the street the same way again!

On a very ordinary day, four men move through the city on foot. They quickly follow the flow without questioning the stop dance dictated by the traffic signal, the strict rule of the road signs or society’s other unwritten rules for good behavior. Until one of them suddenly decides to rebel…

WALK-MAN sheds new light on everyday boring routines and the longing for freedom and a playful approach to the world. You will never cross the street the same way again!

WALK-MAN is the first performance in a trilogy about the extraordinary experiences of ordinary life. 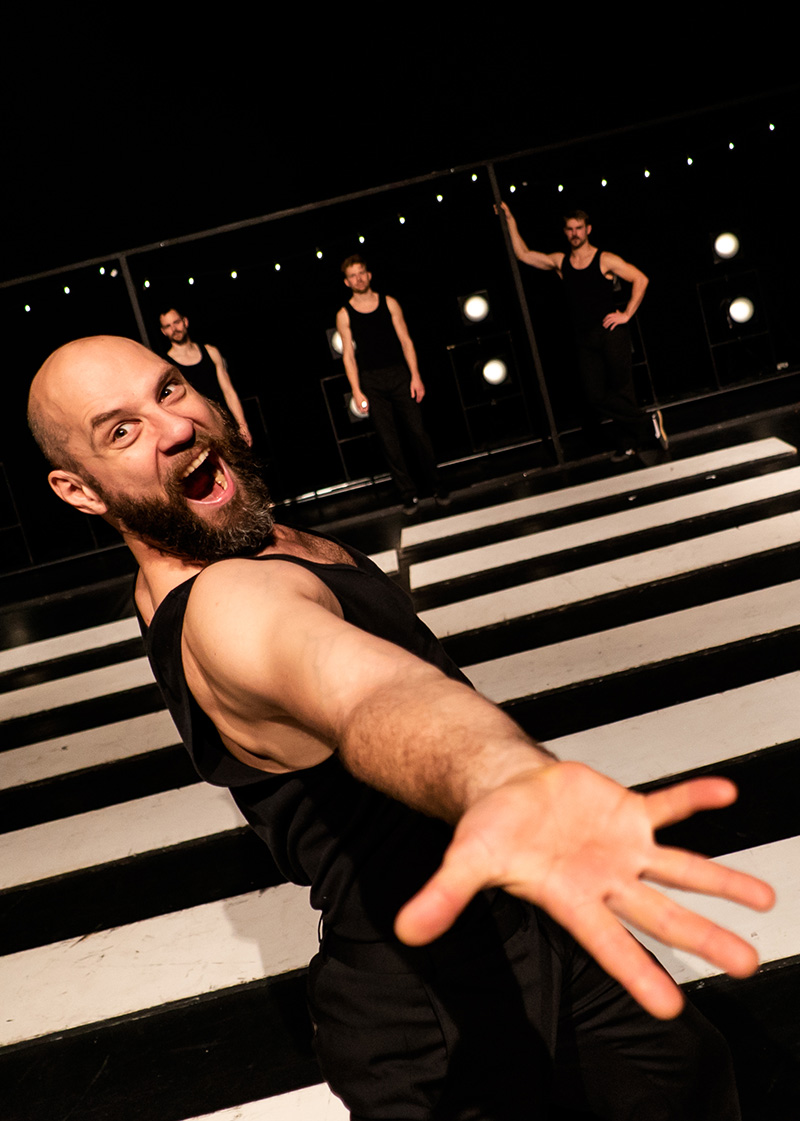 ★★★★★★
“… an impressively beautiful piece of philosophical art. The four dancers deliver the goods in their imaginative and comic tale about the act of walking.”
– XQ28
(Read the full review in Danish)

★★★★★★
“They take something everyday trivial and overlooked, in this case our way of acting as pedestrians, and turn it into 1 hour and 10 minutes of well-choreographed entertainment.”
– Scenekanten
(Read the full review in Danish)

★★★★★
“Everyone is having a ball with “Walk-Man” (…) A choreography that is bursting with energy, unpretentiousness, imagination and zest for life. All the pedestrian dances constantly ooze with cheeky playfulness, and the dancers embody everyday psychologies with their ways of walking, facial expressions and glances.”
– Kirsten Dahl, Århus Stiftstidende
(Read the full review in Danish)

★★★★★
“Don Gnu certainly lives up to the expectations of their reputation as multi-talented and great choreographers in ”Walk-Man”. (…) An aesthetic performance that turns everyday routines upside down and provides encouragement to play more with the way we go move through life.”
– Kulturnyt.dk
(Read the full review in Danish)

DON GNU – Physical Theater & Film is an artistic collaboration that focuses on dance and physical theater on stage and in film. The company was established in 2010 by the choreographers Jannik Elkær and Kristoffer Louis Andrup Pedersen, who together are responsible for the artistic management.

Today, DON GNU is one of Denmark’s most touring companies, which in addition to extensive touring activities at home, has also toured with performances in large parts of the world, including all the Nordic countries, South Korea, Canada, large parts of Europe as well as Cuba.

DON GNU has i.a. previously made the performances “Men in Sandals”, “Woman Know Your Closet”, “M.I.S. – All Night Long”, “A Snowball’s Chance In Hell” and “Raiders of the Grey Gold”. ” Woman Know Your Closet ” was nominated for a Reumert Award and received Aarhus’ Audience Award for performing arts.

In addition, DON GNU has also created “N.A.R.G. – North Arena Rumble Game”, which was selected among the 20 best new performances in 2016 by the European network of dance theaters, Aerowaves. In 2017, Don Gnu produced the very well-received performance and also the Reumert Award-nominated “Human In Balance”, which was made on the occasion of the two European cities Aarhus ‘(Denmark) and Paphos’ (Cyprus) hosted as cultural capitals.

In 2020, DON GNU presented their latest performance “Tourist” – the second part of the trilogy, which began with “Walk-Man”. 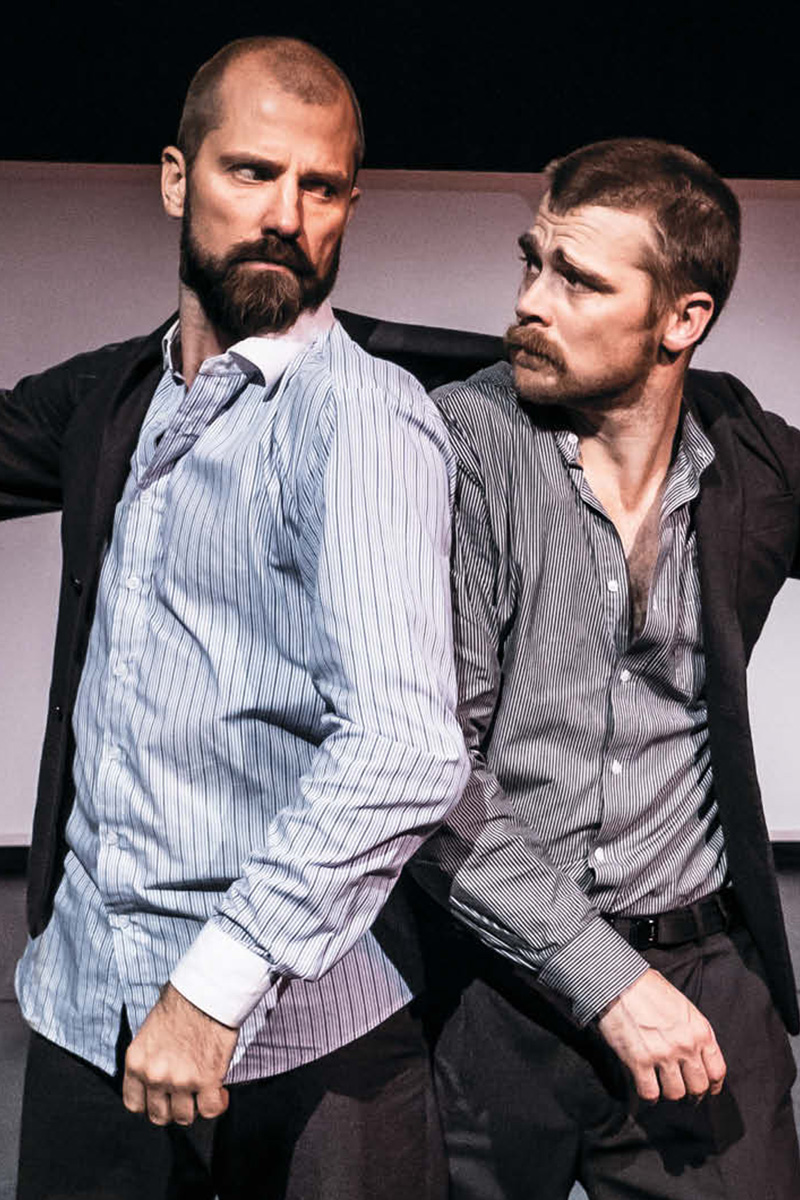