Experience Kitt Johnson’s iconic and Reumert Award nominated solo of disturbing transformations created through total body control. As well as a dancer’s and an acrobat’s duet about a man haunted by an angel. Can he make peace with the things that are difficult to understand?

A double programme with a Danish modern classic and an Aerowaves-selected performance. Your ticket is valid for both performances.

In 2019 Kitt Johnson’s enigmatic iconic solo “Stigma” has nothing less than its 20-year anniversary – and this Bora Bora celebrates by allowing audiences the opportunity to see this unique work again or for the first time.

With extreme body control and empathy, Kitt Johnson transforms himself in front of the audience. It is disturbing, intense, stimulating – meeting the stigmatized human being in a naked and vibrating space.

“Stigma” is a dark enigmatic solo in which sounds, light and movement create a dramatic intense expression that appeals to the emotions and the intellect. The performance thematizes the innate, the self-chosen, the added – the brand burned into the fleash that separates one person from the other.

“Stigma” is created by choreographer and dancer Kitt Johnson who is one of a kind on the Danish performance scene. For more than 25 years she has created a peculiarly innovative, minimalist and highly expressive universe that explores the deepest layers of human existence. “Stigma” had its premiere in 1999, where the work was nominated for a Reumert. The work helped establish Kit’s name on the international dance scene, and over the years the performance has toured the world – in Europe, Asia and North America. “Stigma” still speaks to something deep inside the audience today. 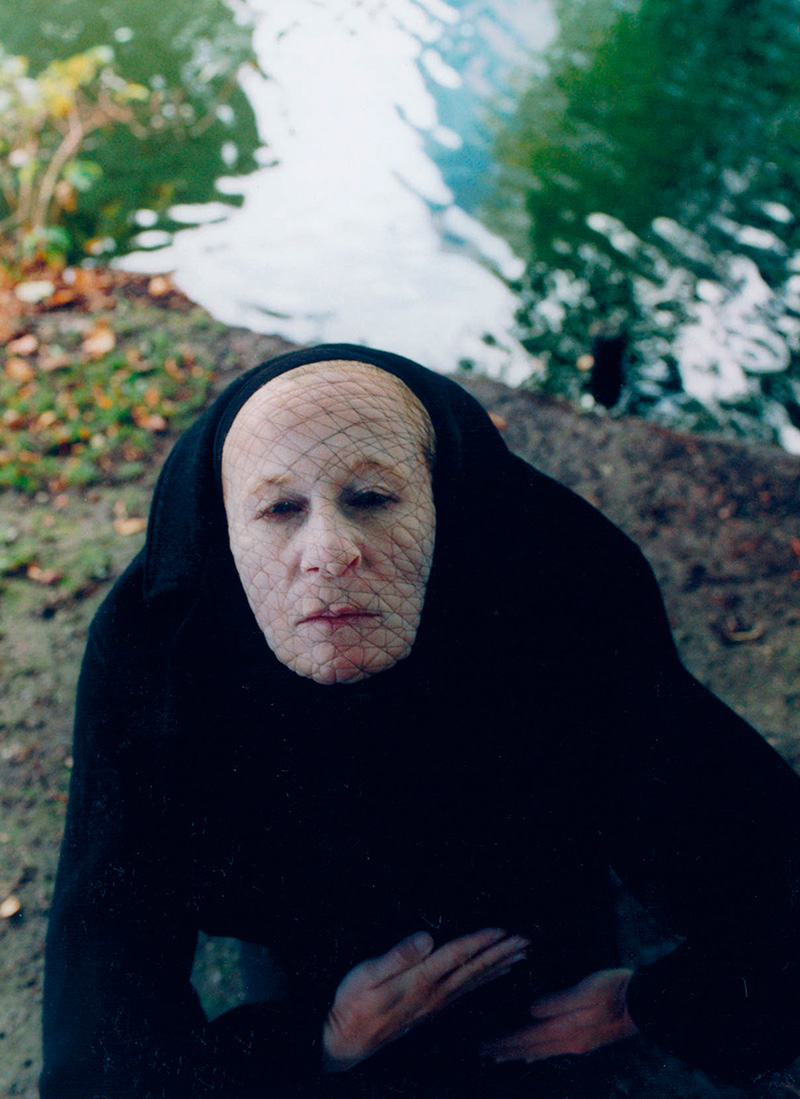 Where are the angels of our time?
Who guides us through today’s chaos?
A circus acrobat and a dancer merge into a physical dialogue.

A performance about embracing the many incomprehensible aspects of being human. Questions posed without answers given and making peace with the things that are difficult to explain.

What is Consciousness? When a thought arises, where does it come from? We sense and experience the world around us in many different ways. It can be difficult for us to understand what cannot be formulated and the fear of the incomprehensible can be an obstacle for us.

“Angel” is inspired by the poem “Stof dat als een meisje”, in which the poet Toon Tellegen describes a man being hunted by an angel.

The show was selected from this year’s 20 prioritized new dance performances by the European Aerowaves network of dance theaters. Every year this network – of which Bora Bora is a member – selects the most promising, talented choreographers in Europe.

The music in the performance has been created by Rutger Zuydervelt (Machinefabriek) and can be heard and bought here. 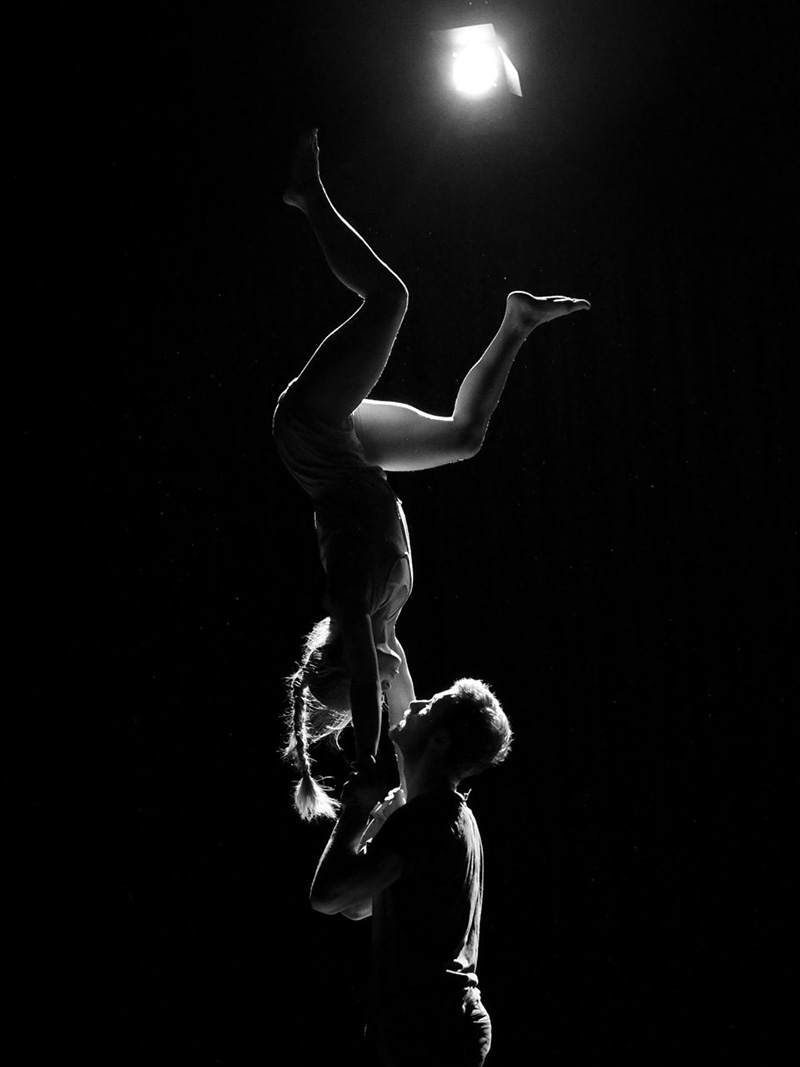 “Rare is the choreographer who can say a great deal with very little.”
– Anna Kisselgoff, New York Times

“A riveting solo about isolation and persecution. Johnson never repeats herself, and as a solo artist she knows how to use light and sound to theatricalize every movement her muscular body makes. Hope she returns.”
– Glenn Sumi, NOW Toronto, who placed “Stigma” on the magazine’s Top 10 list in 2004.

“Stigma presents a creature unlike any I have seen before (…) The rumbling, wet soundscape keeps you on edge with your eyes on Johnson, as it made me feel as she could sprint straight off stage into the audience at any moment. Johnson’s incredible body control and unique manipulation of costuming attest to her massive worldwide success.”
– Deanne Kearney, Mooney on theatre, Canada, 2018

“This intriguing work is very European … Johnson’s cerebral choreography contains the wisdom of the ages, and is fey, even precious in its presentation. There is a delicacy and whimsy to her work that is just not part of a North American aesthetic.”
– Paula Citron, The Globe and Mail, Canada, 2004.

“Disturbing, incisive, etched to the retina, the piece has been burned into one’s mind when you exit… with Kitt Johnson’s total empathy and distinctive radiance, it becomes everyone’s – the human’s – history and heavy walk on earth. The stigmatized human being. Absurd… grotesque… shocking…. A modern graphic by Palle Nielsen and a classic mix of Hieronimus Bosch and Pieter Breughel at the same time.”
– Statens Kunstfond

“The laws of physics don’t bother them too much. They float. They are entangled.”
– Léa Poiré, Springback Magazine
(Read the full review)

“Precious little happens, and yet the bond between Engel’s Marta Alstadsæter and Kim-Jomi Fischer feels both real and abstract, visual and tangible.”
– Laura Cappelle, Springback Magazine
(Read the full review)

Dancer and choreographer Kitt Johnson is one of a kind on the Danish dance and performance scene. For more than twenty-five years she has been developing her own, very particular, artistic universe; a universe that is at once minimalist, expressive and innovative. Her work is characterized by an extreme body control and a unique feel for simple but effective stage effects, and she uses these effects to create intense, physical and visual transformations that explore the deepest layers of human existence. 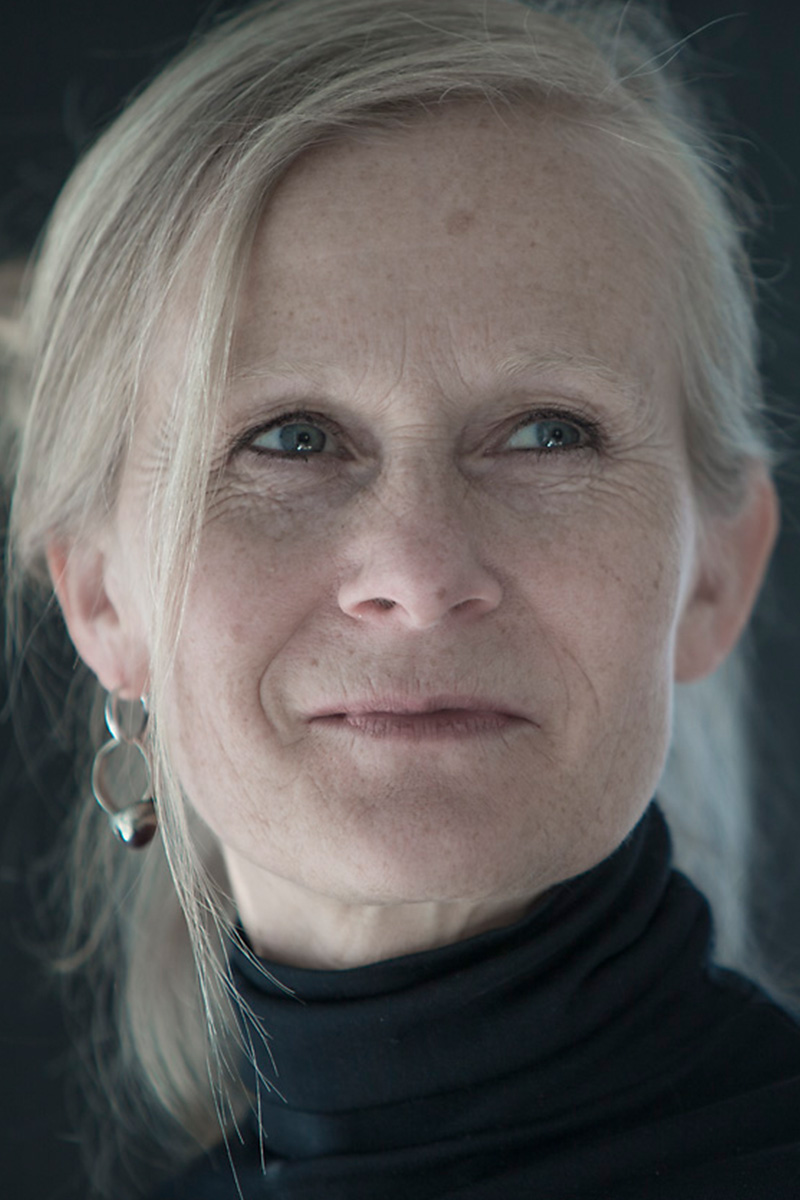 Kim and Marta met in 2015. Their different backgrounds in contemporary dance and circus sparked a blooming collaboration. During the last year they have been creating their own movement vocabulary, diving into the possibilities and qualities they find within this symbiosis, exploring their identity across languages. This has naturally led them into creating work together, creating a space where they can go beyond the frames of their disciplines and dive into the physical communication in between them. Now working closely together with Dansateliers (NL) and Dansearena nord (NO) they are making work in Norway and the Netherlands.

Kim-Jomi was born into a family of street performers and got introduced to partnering acrobatics from an early age. Marta comes from a family of visual artists and set out to be a writer, but communication with horses inspired a more physical language research and got her Bachelor of Circus Arts from Codarts university in Rotterdam. 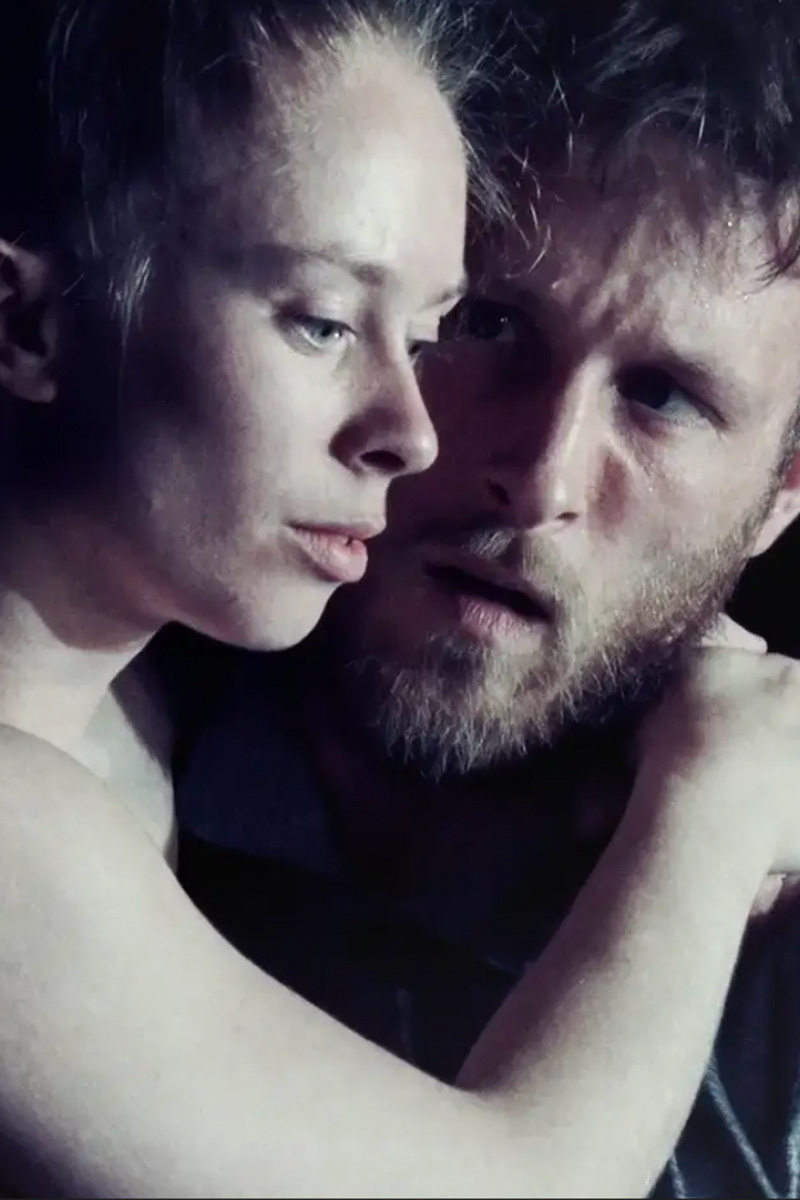 Stigma was produced by Åben Dans Production and was created in close collaboration with the two composers/musicians Jacob Kirkegaard and Sture Ericson.

Text
Based on statements by Anil Seth in ‘Guardian science weekly big unknown: what is consciousness’